In August 2012, my blog post “Challenges to Initiative Petitions Limited” noted the Missouri Supreme Court in Brown v. Carnahan stated that the courts will not intervene in the initiative process “in order to avoid encroachment on the people’s authority” but when they do “…they must act with restraint, trepidation and a healthy suspicion of the partisan who would use the judiciary to prevent the initiative process from taking its course.”

Less than three years later the Missouri Supreme Court surprised everyone when it expanded post-election election review of ballot titles in Dotson v. Kander, by allowing a post-election review of an amendment to the Missouri Constitution pertaining to the right to keep and bear arms. For a discussion of Dotson v. Kander, you may want to look at my post Adoption of Constitutional Amendment did not Change Existing Law.

Since the Missouri Supreme Court utilized a state statute (seemingly applicable only to the state) as the basis for its post-election review in Dotson v. Kander, the decision may not be applicable to local government ballot issues. One of the difficulties with pre-election challenges to ballot titles is that there may be insufficient time to get a decision from a trial court and appeal that decision in order to get a final decision before the election, making it almost a due process necessity that there is post- review of ballot titles. It would seem that suggested procedures outlined by the Missouri Supreme Court could apply in situations where there is insufficient time to get a final decision concerning a challenge to a ballot title prior to the election.

In recent years an enormous amount of time, energy and money has been poured into legal battles over initiative petitions. Literally a cottage industry  of lawyers, lobbyist,  public relations firms and others have made millions challenging or  defending initiatives. These days appear to have come to an abrupt end with the Missouri Supreme Courts 53 page decision and an 11 page concurring opinion in Brown v. Carnahan although as we shall see this cottage industry will quickly morph into something else. 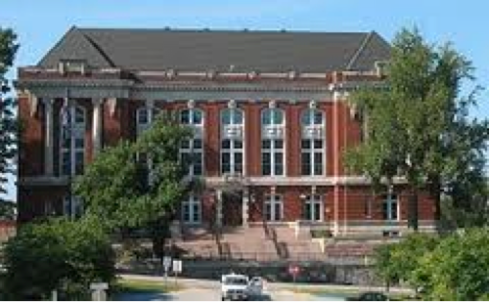 Before bringing a lawsuit challenging an initiative petition interest groups would do well to consider the following statements from the court’s opinion in Brown v. Carnahan:

“Nothing in our constitution so closely models participatory democracy in its pure form. Through the initiative process, those who have no access to or influence with elected representatives may take their cause directly to the people. The people, from whom all constitutional authority is derived, have reserved the power to propose and enact or reject laws and amendments to the Constitution.”

“To avoid encroachment on the people’s constitutional authority, courts will not sit in judgment on the wisdom or folly of the initiative proposal presented, nor will this Court issue an advisory opinion as to whether a particular proposal, if adopted, would violate a superseding law of this state or the United States Constitution.”

“Before the people vote on an initiative, courts may consider only those threshold issues that affect the integrity of the election itself, and that are so clear as to constitute a matter of form.”

With these words the Missouri Supreme  Court  decided is best to leave these matters to the citizens.  With these words the court allowed initiatives for a tobacco tax, a minimum wage, and payday loans to move forward for  a vote in November of 2012 although it appears that the some of these issues  may need to clear other hurdles.  Challenges to the state auditors authority to provide fiscal notes were also settled in Brown v. Carnahanby the court holding that the state auditor had  authority  to make investigations under the Missouri constitution to provide  fiscal notes. Seems pretty clear that the state auditor  was a big winner.

Earlier in the year Missouri courts in Coburn v. Mayer, rejected a challenge to the ballot language concerning the right to pray in schools clearing the way for a vote in the 2012 August primary, which handily passed. Municipal attorneys may take some comfort from Coburn v. Mayer and an  earlier MML case that local government has wide latitude in writing the ballot language.  So does everyone else, which will make it a nightmare trying to figure out what is really going on. In effect no real checks or balances from the courts except in the most extreme cases. The point the courts have been making is that for better or worse initiatives are political questions best left to the voters to resolve. The Institute for Referendum and Initiative has an excellent site for those who want more information about initiatives and referendums.

For those who worked in this  cottage industry don’t worry you will not be unemployed there will be plenty of work as citizens and interest groups  gear up for multi million dollar elections.