I have described Westboro Baptist Church as the Church that loves to be hated in an earlier Post. I might add, they also love to rile up citizens into egging on state and local government officials to enact laws that are unconstitutional, thereby allowing the Church to file lawsuits and collect damages and attorney fees.

How do we get off?

As predicated – in my earlier Post discussing the City of Manchester case – Westboro Baptist Church did not attempt to appeal the adverse decision in the Manchester case nor do I expect the Church to appeal the recent 8th Circuit Court of Appeals decision in Phelps-Roper v. Koster. In short, Westboro Baptist Church does not want a ruling from the Supreme Court on ordinances like the City of Manchester ordinance. After all they are having too much fun collecting attorney fees from state and local governments for enacting laws that are unconstitutional. 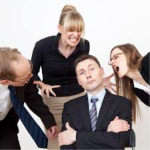 The message for state and local public officials in Missouri is that if you want to prohibit the picketing of funerals adopt the City of Manchester ordinance or simply enforce section 578.502 of the state law as applied in the Koster case. Before enforcing section 578.502 local officials should seek guidance from an attorney so that the police have standard operating procedures since parts of the 578.502  were severed because they were unconstitutional. As a practical matter, it is  easier to adopt the Manchester ordinance than to develop a complicated operational procedure for your police officers.

On two two separate occasions the 8th Circuit has told us  how to write a law prohibiting picketing of funerals.  It is now time to move on.