Posted on July 3, 2018 by momunicipallaw 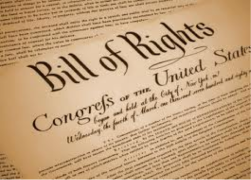 Of course, when you mention the term “sanctuary city” you immediately conjure up strong feelings, one way or another. It is one of the most contentious subjects in our political dialogue. It is hard to find somebody who has a neutral position on the enforcement of immigration laws. Despite our intense personal feelings on this subject these two cases must be viewed as a major victory for state and local government and a setback to the federal government in commandeering state and local resources to enforce federal immigration laws. Cities can always voluntarily comply.

The “notice” condition mandated advance notice to federal authorities by local and state authorities of the release date of persons who are believed to be aliens.  The “access” condition required local officials to provide access to federal agents at correctional facilities where the aliens were being held.  The issue before the Court was described by the Court as: “…the bedrock principles of our nation, the protection of which transcends political party affiliation and rests at the heart of our system of government, the separation of powers.” In addition:

“The founders of our country well understood that the concentration of power threatens individual liberty and established a bulwark against such tyranny by creating a separation of powers among the branches of government.  If the Executive Branch can determine policy, and then use the power of the purse to mandate compliance with that policy by the state and local governments, all without the authorization or even acquiescence of elected legislators, that check against tyranny is forsaken.”

In the second case, (Murphy v. National Collegiate Athletic Association) decided on May 14, 2018, the United States Supreme Court considered whether or not the provisions of the Professional and Amateur Sports Protection Act violated the anti-commandeering doctrine (recognized fairly recently by the United States Supreme Court) as part of the separation of powers in the United States Constitution.  The anti-commandeering doctrine prohibits Congress from, directly compelling states to enact and enforce a federal regulatory program.  Also the Court noted that any distinction between compelling a State to enact legislation and prohibiting a State from enacting new laws is an empty one.  The basic principle that Congress cannot issue direct orders to state legislatures applies in either event. 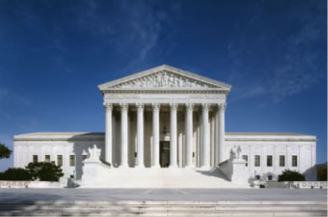 One of the most immediate questions, concerning these two cases, is whether or not they will continue with the addition of a new Supreme Court Justice, who will be very conservative. In the Murphy case all five of the justices who voted for the decision continue on the court. Initially, I was very skeptical of the legal theory, espoused by sanctuary states and cities – that the federal government could not commandeer local and state resources to enforce immigration federal laws by using the power of the purse to condition grants.